The HQB Lamps (and other components displays), selected from the hundreds of shops in the Huaqiangbei electronics market, are a symbol of the network - based economy, fast production and open design that Huaqiangbei embodies. In the 2 square metre market stalls, simple metal structures are used to display different types of LEDs to customers — handmade assemblies made from diverse elements sourced from other factories, workshops and retailers operating in the market. The colorful items are original compositions containing the latest 20 years LED productions. 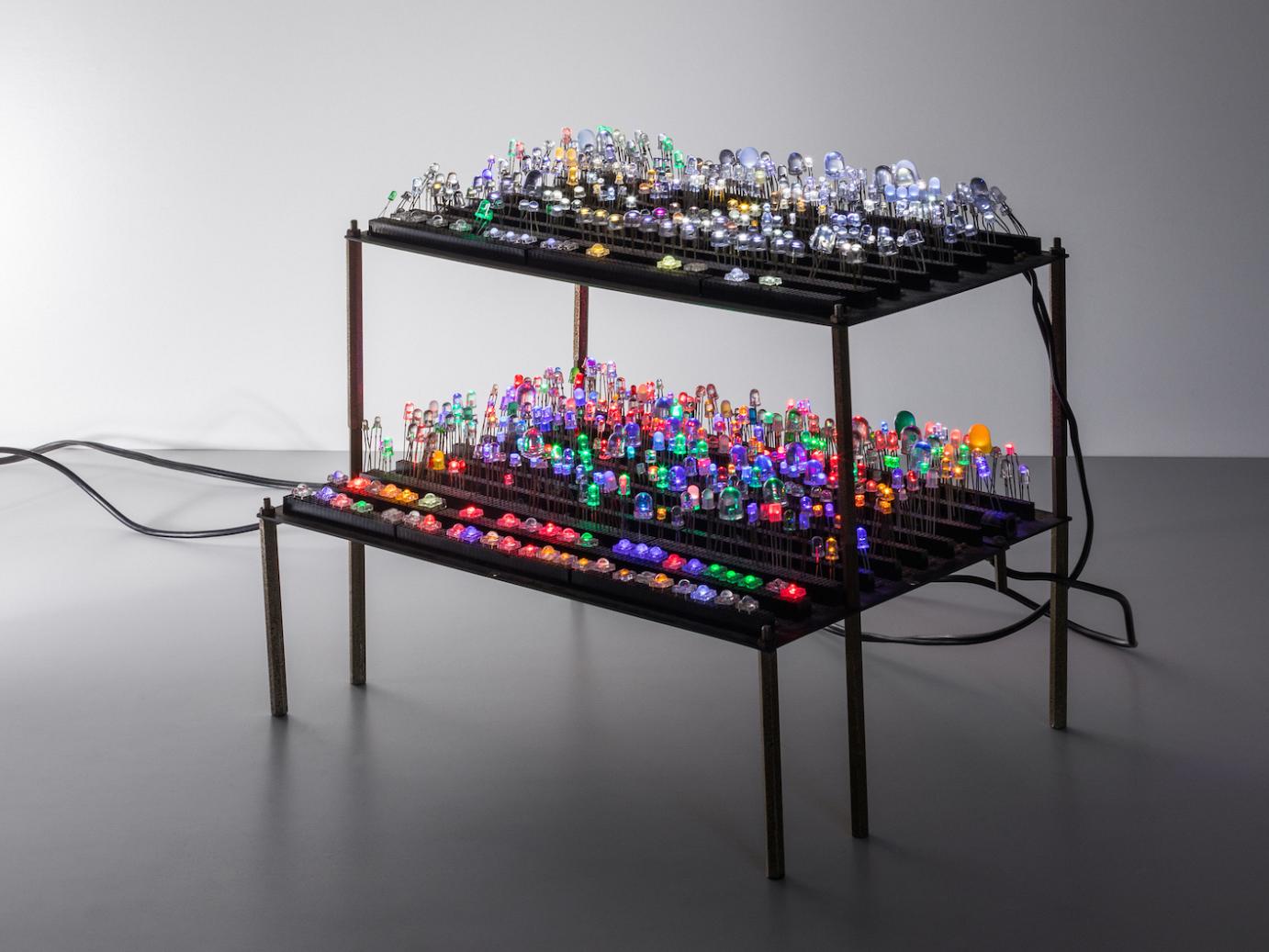 The HQB Lamps series was developed by Space Caviar following a research residency at the M+ Museum in Hong Kong in 2016. Over a 6 month period, the studio set out to observe and document the world’s largest electronics market, Huaqiangbei, located in the heart of the Chinese city of Shenzhen. The vast marketplace, scattered across dozens of tightly-clustered towers, can be described as the soul of Shenzhen, a city that 50 years ago did not exist, that rose to become one of the nation’s largest - and wealthiest - urban areas through its reputation as a hub of technological innovation 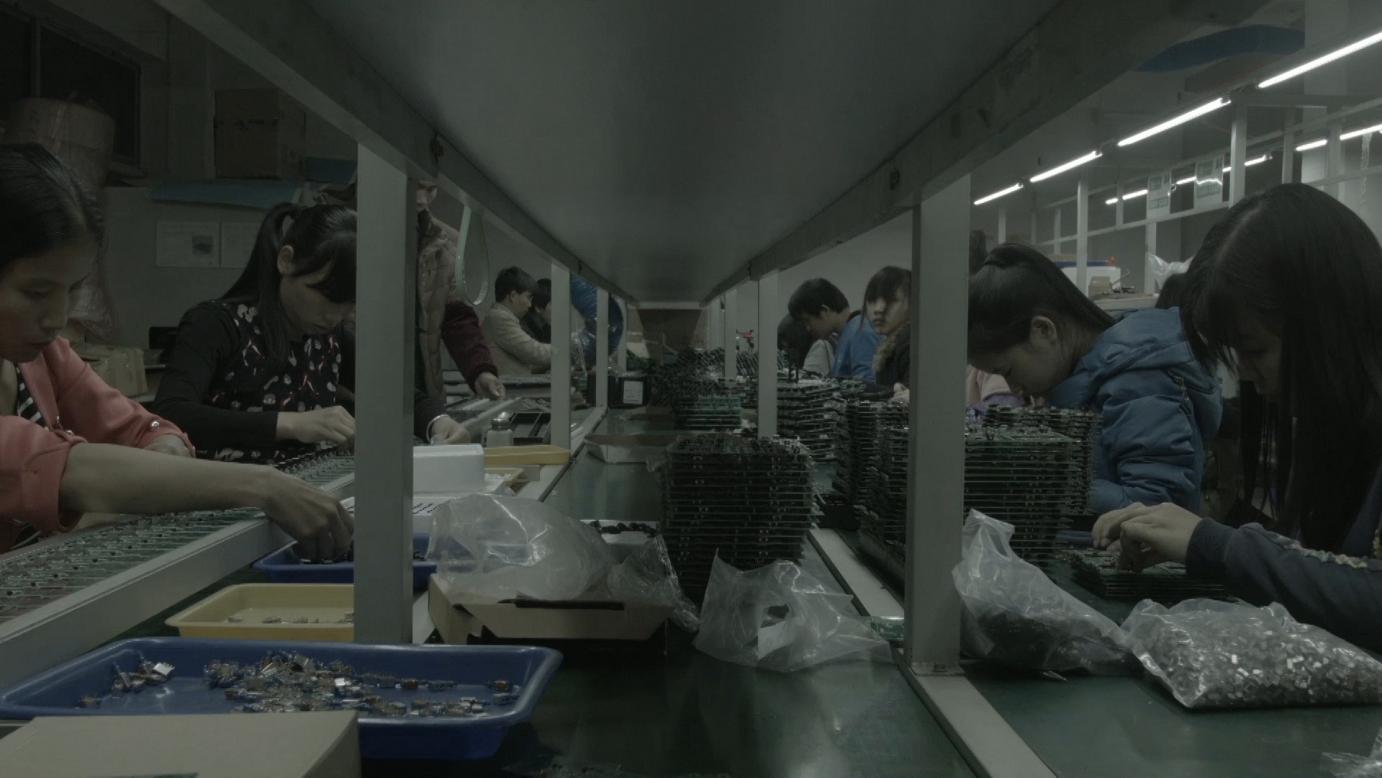 Known as a fast-paced laboratory of perpetual experimentation and innovation, Huaqiangbei Electronics Market plays a key role in making Shenzhen the global capital of electronics. At the city’s Mingtong Digital Mall it is unlikely to find the same model of any product in stock for more than three months, a testament to the almost alarming pace Chinese entrepreneurs churn out new devices. Entrepreneurs experiment all the time, developing whacky devices such as phones with incorporated cigarette lighters, integrated extra-large battery packs that can be used to charge another phone, huge buttons for the visually impaired, buttonless phones to give to children as emergency-call phones. Keychains, boom boxes, little cars, shiny trinkets, blinking lights—an explosion of every possible iteration on the concept of “phone” that you could imagine. Many of these devices are designed by the so-called “Shanzhai pirates”, individuals who started mostly by making counterfeits of existing products, but became agile innovation shops for all kinds of new ideas because of their proximity to the manufacturing ecosystem and the extraordinarily low cost of production in the region. In the same mall, meters away from where phones are being sold, broken or trashed cell phones are being stripped down for their parts, and sold to be reassembled into new, functioning versions in another stall nearby 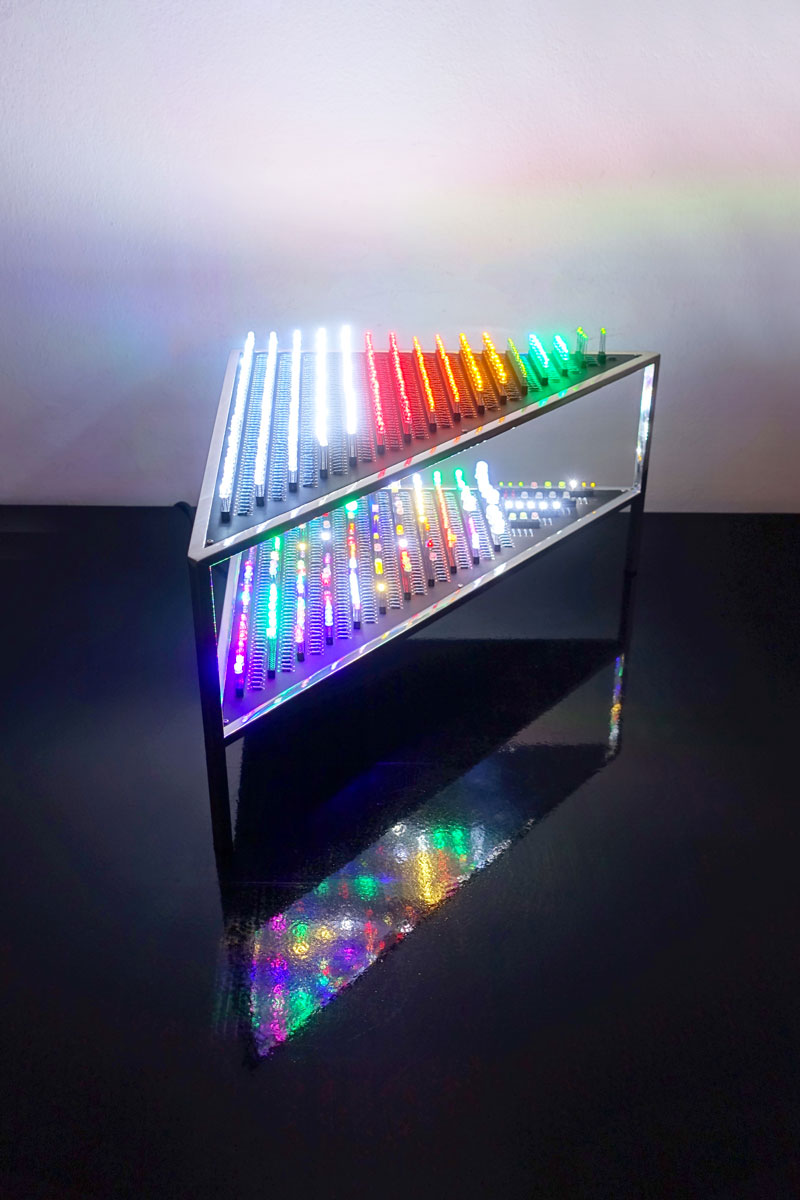 Yet Shenzhen is more than an efficient factory of production: it is a laboratory of radical design innovation. Its entrepreneurs are willing and able to design and try all kinds of new processes to produce things that have never been manufactured before. The availability of every imaginable electronic component from one or other of the thousands of stalls in the market place makes prototyping quick and easy. It is a complete ecosystem, embracing every step from design to production, and it is innovative because it operates according to a fundamentally different ethos from that which regulates design in the West. Huaqiangbei is to hardware what Silicon Valley is to software: a fertile prebiotic stew in which new technological life-forms are incubated with ruthless speed. The HQB Lamps are, quite literally, a small fragment of this vibrant and speculative environment - fragments of pulsating brightness borrowed from their natural context. The lamps are directly inspired by the racks used by LED vendors to dis-play their products, and are usually prominently positioned in the minuscule space of their stalls. Since the size, configuration and organisation of each stall is different, no two racks are the same: one might be tall and narrow, designed to tower above an adjacent pile of USB connectors; another, belonging to a vendor whose stall is constrained in height, will be wide and stocky, with the proportions of a two-storey house rather than a high-rise. An ingenious vendor stuck in a corner of the building might optimise his surface space by making his rack triangular, thus leaving free a few more precious inches of surface to display. 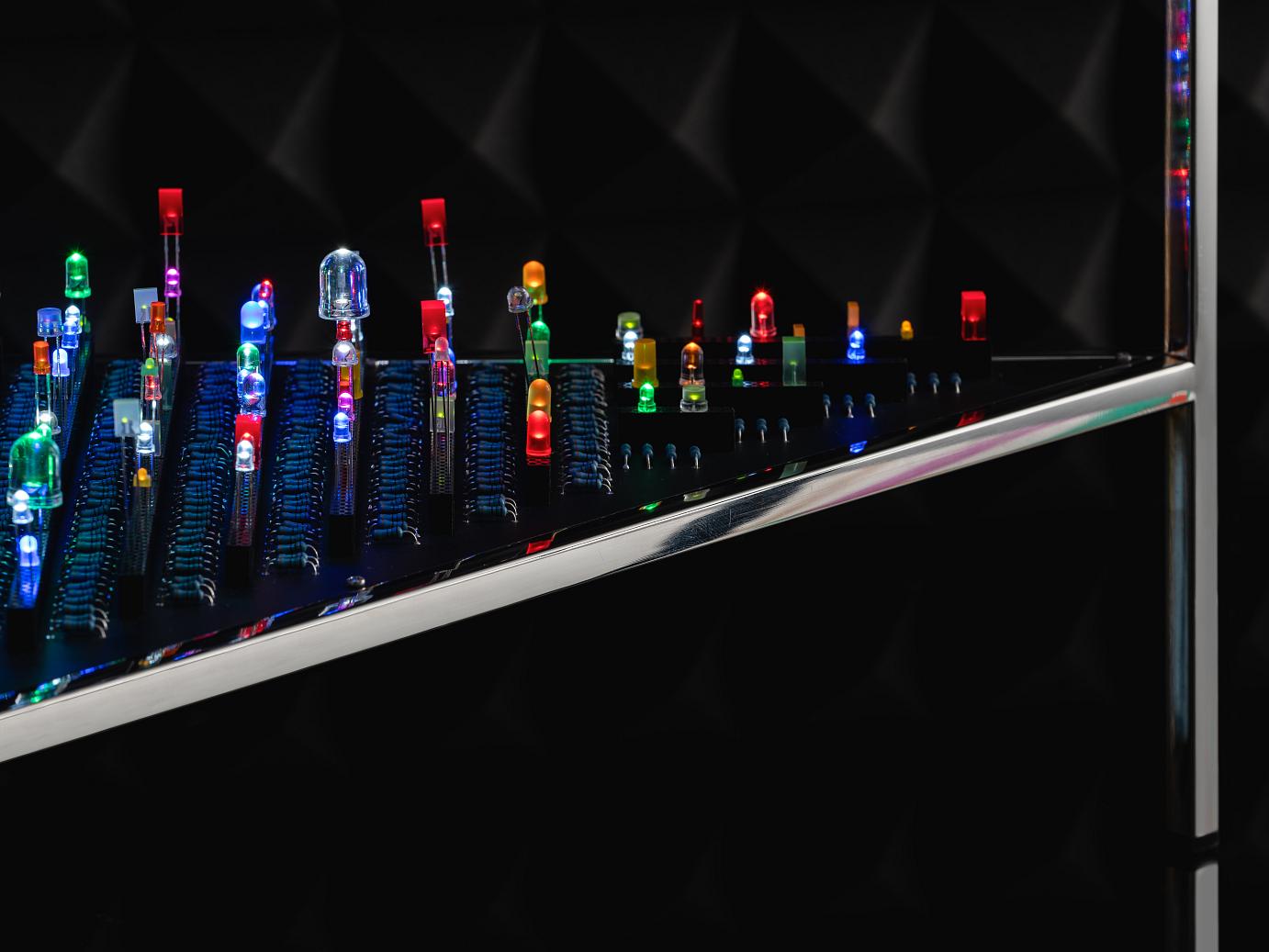 The HQB Lamps are an homage to this environment in which design carries no signature and ideas belong to no-one – a milieu of throbbing creativity which we, as Westerners, struggle to understand and are quick to dismiss, simply because we are unable to imagine design as a process decoupled from the idea of authorship. In their original form, as presentation devices for vendors, the objects served to display thousands of miniscule bulbs of every conceivable form, colour, bright-ness and size, but as lamps they intentionally serve no obvious practical purpose. They are nothing more than scintillating fragments of the places for which they were conceived - a place bursting with the vital, vibrant optimism of innovation.

Three led displays were selected from the market of Huaqiangbei and were developed by Space Caviar as lamp editions. The publication: Born at Night and lamp series HQB 01-02-03 are available for purchase at Galleria Luisa Delle Piane.